Ontario Now Has 1,000 Legal Cannabis Stores! Let’s Celebrate Some Milestones Along the Way

This month, we’re celebrating how the network of legal cannabis stores across Ontario has flourished. We’re sharing just a few of the many exciting stories from Authorized Retailers breaking new ground.

In just over two short years, we’ve reached 1,000 Authorized Cannabis Store locations across the province. Not only is this a huge step for the legal market, but it has created a diverse roster of retail partners that we’re so proud to work with every day, each bringing a shopping experience and inventory selection that’s as special and unique as their customer base. Here are just a few we’ve met along the way.

The First Store in Peel Region 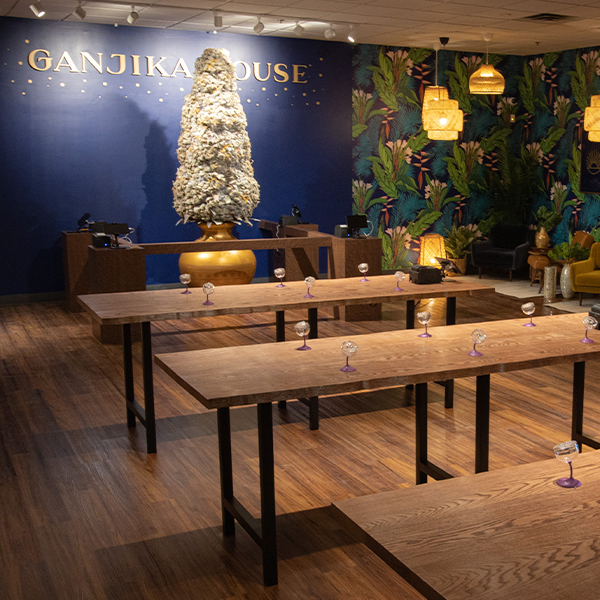 As one of the first 25 cannabis retail lottery winners, Clint Seukeran hustled to get the initial location of his Ganjika House chain open by April 2019. Since opening that location on Main Street in Brampton, he’s already expanded to include two other stores — one near Toronto Pearson International Airport and another in Barrie. The Ganjika House brand serves customers from Brampton and Caledon to Georgetown and Woodbridge. “We really want to be ambassadors,” says Seukeran. “Ganjika is the ancient Sanskrit word for cannabis. My ancestors are from India, and I’m paying homage to the past and the roots of this plant that has always encouraged community.”

When the COVID-19 lockdowns hit, Seukeran missed the in-person interactions with his customers. He recounts the story of two older women who came into the store, very excited to show him their ID. “She handed me her driver’s licence, and she was born in 1921. She said, ‘I’ve been waiting for this since I was 16 years old. Cannabis should have been legal all this time. I support this movement — this plant has so many benefits.’ That experience just blew me away. It really showed me just how important cannabis is to everyone.”

Oliver Coppolino was playing some poker on a Friday night when he got an excited phone call from his dad, Santino. “He said, ‘Guess what? I won the lottery!’” recalls Oliver. “And I was like, ‘What lottery?’ He says, ‘The cannabis store lottery.’ Right away, it was drop everything and hustle to get everything rolling.” Santino Coppolino had already retired after a lifetime of being a successful businessperson, but he just couldn’t resist the opportunity to join the legal cannabis market.

The family has lived in the area, a former town that’s part of the Hamilton region, for 25 years. Since opening the doors of the first Cabbage Brothers location in Dundas in April 2019, the Coppolinos added two more locations in Hamilton, and they’re also expanding into nearby Stoney Creek. They’re now serving not only those communities directly but also people from surrounding areas, like Ancaster, Bayview, Greensville, Kirkendall, Westcliffe, West Flamborough and Waterdown. And while Oliver is happy the business is growing, he also enjoys the small-town feel of the original location. “We decided to open in Dundas first because we know the community and their buying habits. Everybody knows each other’s names. I see tons of people I know from high school or that I used to play baseball with. Some of the best times are when former high school teachers come in — that’s kind of fun.” 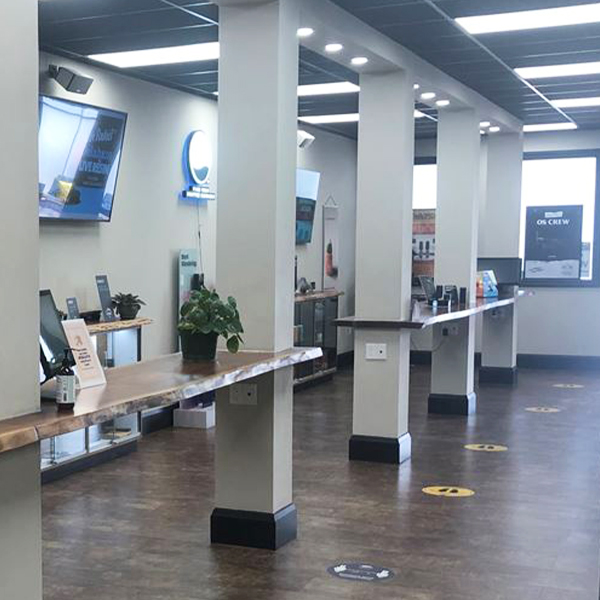 One of the First Black-Owned Stores in Ontario 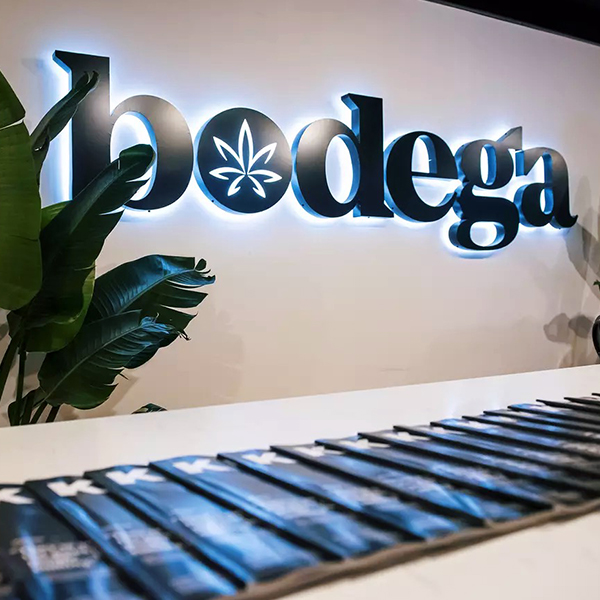 Chanel Isaias’s family has run restaurants in Toronto for years. Their Caribbean restaurant Roywoods has three tasty locations — but it used to have four. That was before this entrepreneurial clan found themselves in the heart of a worldwide pandemic. But instead of closing the doors on their fourth location, on the über-hip Ossington Avenue strip, they turned it into Bodega. “We turned our dining tables into shelves, and our bar became a budtenders’ bar,” says Isaias, the store’s manager. “The customers who were buying food from us just started buying cannabis instead!”

With its ample greenery, wood floors and exposed brick walls, visiting the shop feels like you’re stopping in at your cool best friend’s house. It’s a vibe that extends to the relationships the mostly female staff (a diverse team that speaks several languages, including French and Spanish) have with their customers and even how Isaias curates the store’s selection. “All the girls put in their two cents and bring ideas from the customers,” says Isaias. “Most of our customers are regulars, and they don’t just come to shop — they come to tell us about what’s going on in their life. We’re all down to hang out, make you feel comfortable and hear about your day.”

41 Cannabis Co. is located in the heart of the Land o’Lakes region in southeastern Ontario, near Bon Echo Provincial Park. It’s an area thick with cottagers and campers who come to enjoy the region’s lush, outdoorsy lifestyle and also love nipping into the store to pick up some cannabis to go with their weekend getaways. “We’re very busy in the summer!” says Wendy Thompson, who co-owns the shop with her husband, Darrell. And while they love their cottaging clientele, the Thompsons also have a steady stream of locals from the many nearby hamlets and villages, like Cloyne and Flinton Corner, beating a path to their door too. “We felt it was something needed in the area,” says Wendy, who used to run an interior decorating company out of the location. “People were driving for an hour and a half to get their legacy-market cannabis. We wanted to do something for our community and save them the trip.”

The Thompsons opened the shop, conveniently located right on Highway 41, in September 2020, and it’s a thoroughly family affair. Their daughter and son-in-law moved back from Ottawa to help run the store. “Cannabis brought my family back to me,” says Wendy. “We’re just one big, happy family here now.” Thompson says competitive pricing and a thorough selection — with a particular focus on CBD products that are especially popular with senior citizens — keep all their customers coming back. 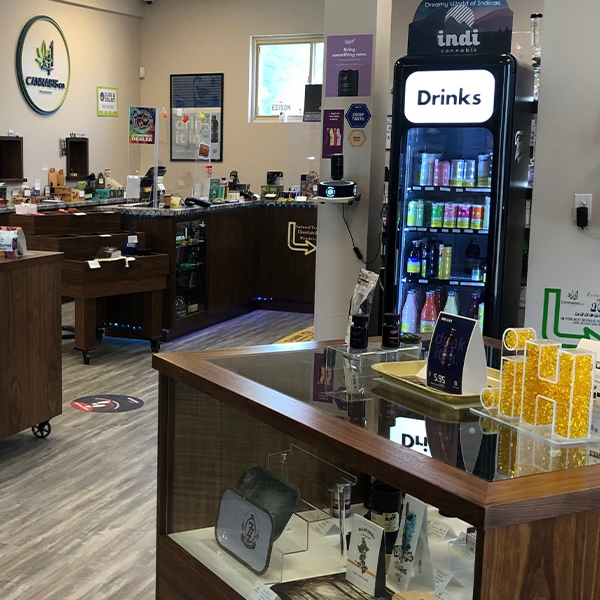 A Store Catering to a Diverse Community 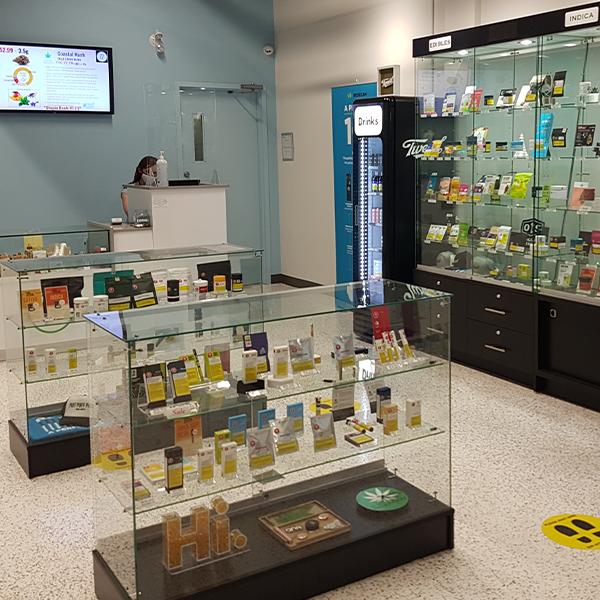 When Jason Yoo and his cousin Stephen Yoo decided to open a cannabis store together, there were a few raised eyebrows in their traditional Korean family. But since they opened the doors of Utopia Cannabis in November 2020, they’ve worked hard to not only educate their diverse customer base from the surrounding neighbourhoods (the store is in North York, close to the Scarborough border) but also act as emissaries for cannabis in their own community. “It’s illegal in Korea, and there’s still a stigma for a lot of older Koreans,” says Jason, Utopia’s general manager. “But we’re all about educating people and explaining how it isn’t the seventies anymore — things change! You don’t like smoking? There are edibles. You can’t have sugar? We have it in drop form, we have it in a spray — we have all these other options. It’s like, ‘Hey, Mom, try this cream.’”

Utopia caters to its mostly slightly older clientele with a large selection of edibles and comprehensive displays that feature every product for sale, carefully organized by format, category and strain for simplified in-person browsing. Jason says most of their clientele prefers to buy in store. “We’re going the old-school shopping route,” he says. “Answer tons of questions and build a rapport so people are comfortable talking about their needs. We have customers come in every day who may have smoked forever but they don’t know about these products because they’re all new.”

When the  Chippewas of Rama First Nation opened Rama Cannabis in March 2021, it was the perfect addition to their other successful business ventures, like Casino Rama and Black River Wilderness Park. The gleaming 2,500-square-foot store is right on Rama Road, serving locals from Orillia and Washago, plus cottagers and, of course, visitors to the casino.

General manager Tracy Beaver says the store’s wide selection of products and welcoming, modern environment are some of the keys to its success, but it’s her über-friendly and well-versed staff who really keep the customers coming back. “We interviewed so many people to get the cream of the crop,” she says. “These guys are all so knowledgeable, and they’re all from the Rama First Nation community.”

Store supervisor Christian Brown confesses he has a bit of a soft spot for one demographic of regular shoppers. “My favourite is we get a lot of ladies in their 70s to purchase CBD products, and they absolutely love it,” he says. “I had one woman — she said it’s the best thing. She’s happier than hell that we’re out here.” 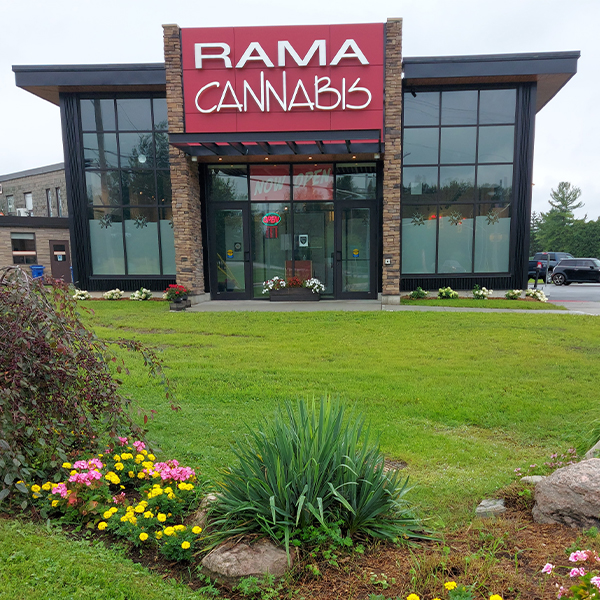 #519 Off the Stem Kapuskasing, Ont 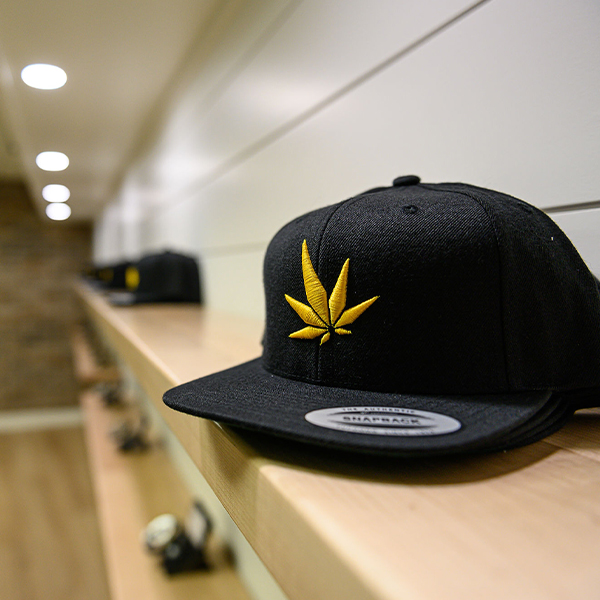 High school sweethearts Luc and Julia Dinnissen used to say that if cannabis ever became legal, they should open up a store together. So when they moved back to their small hometown to take over a convenience store from Julia’s family, they finally had their chance. The store had some tempting extra space in it. “We always said it’d be awesome to have a cannabis store in the building and bring legal cannabis to our community,” says Luc. “And then we just ran with it.”

“Northern towns,” says Luc, “Often get left out of the earlier waves of exciting retail innovations because their relatively small communities aren’t always as tempting to investors as big, fancy cities.” The Dinnissens weren’t going to let that happen this time. Now Off the Stem is a go-to cannabis destination for not only Kapuskasing but also people from many of the surrounding communities, including Hearst, Hornepayne, Moonbeam, Fauquier and Smooth Rock Falls. Some customers will drive for two hours just to shop there, partially because the Dinnissens like to keep their prices affordable, and they’re also always ready to special–order things their customers need.

When Amiga Wheatle got the call that her new store, 6 of Spade, was officially the 1,000th cannabis shop in Ontario, she was pumped, and not just because her business might get a nice little publicity bump. “Knowing there are so few Black-owned stores, I feel privileged and humbled to be able to add our voices to that representation,” she says. “Hopefully it will open up more opportunities for Black people to get involved in the regulated cannabis space.”

Amiga and her husband, Jeremiah, opened 6 of Spade on August 28, 2021, with an all-day celebration that included a DJ, educational workshops and sweet swag giveaways. They’re focused on making the 700-square-foot retail space a friendly place for their Little Portugal customers. But they especially want it to be a space where they honour their heritage — their parents emigrated from the Caribbean — and the Black community feels welcome. There’s African art on the walls and a mural depicting important Black figures, like Emperor Haile Selassie, Muhammad Ali, Madam C.J. Walker and, of course, Bob Marley, behind the cash. “A lot of our family and friends are part of the Rastafari culture, so smoking has always been a part of our lives,” she says.

The Wheatles also want to try to address some of the historical racial inequities around cannabis policing through their hiring practices. “We want folks who may be having a difficult time getting jobs because of a minor drug charge on their records from the prohibition past to know that if we have an opening, don’t be shy to apply!” Amiga says. “We’re not going to discriminate. That’s important to us.” 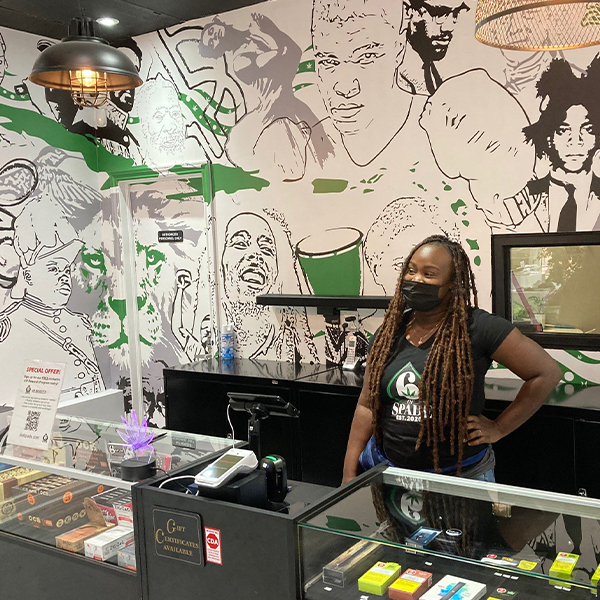